When is the Best Time to Play Golf in Phoenix and Scottsdale? 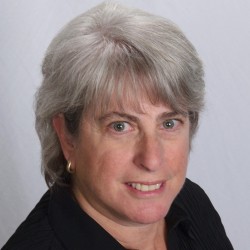 Judy Hedding
Greater Phoenix has been my home for 40 years. I have written thousands of articles about living, working and playing in Central Arizona, providing guidance to singles, families and seniors who are considering relocating to the area, along with recommendations and tips for visitors and locals.

Let’s keep this simple; the best time to play golf in the Phoenix/Scottsdale area is any time you can. With about 185 golf courses in Central Arizona, you can always find a course that satisfies your golf craving, is within your budget and fits your schedule. Certainly, though, there may be considerations when planning your Arizona golf outings. Let’s talk about that.

In the Greater Phoenix area our calendars mark the same seasons as everywhere else in the country — spring summer, fall and winter, beginning and ending on the same dates for everyone. People who live in the Sonoran Desert (where Phoenix and Scottsdale are located) know that our functional seasons are different. We have spring for about two months, summer for about five months, fall for about two months and a mild winter for about three months.

Golf courses in the Valley of the Sun also have seasons that take weather conditions into consideration. The rates charged for a round of golf are affected by these seasons. Some courses have three distinct rate schedules for different times of the year, and I have seen as many as six rate schedules at local courses.

During the summer you’ll find the best golf bargains. It’s a slow season for tourism, and the temperatures are high. Golf rates reflect this lull in business with significant price reductions. A course that charges $250 for a round of golf in February might only charge $60 or $70 during the hottest summer months. They might even throw in lunch! Those golfers who can brave the heat — drink plenty of water (not alcohol), wear a hat, use sunscreen — will be able to say that they were able to play some of the country’s finest golf courses for less than $100 per round.

Courses open early in summer, so if you are a morning person you can be on the first tee sometime right after 6 a.m. and hopefully finish your round before the mercury in the thermometer climbs to 100°F or more. Afternoon rates are even cheaper because, let’s face it, only the most dedicated (silly?) golfers can enjoy a round of golf during the hottest part of a desert summer day.

This area will experience monsoon storms from June through September, during which time you may encounter high winds and blowing dust, as well as an occasional thunderstorm and rain. You really don’t want to be out on the golf course during a monsoon storm; the dust is thick and unhealthy. The rain is accompanied by thunder and lightning. On the day after a severe monsoon storm check with the golf course to make sure there are no conditions (damage, flooding) that would preclude you from playing that day.

September is still hot in the Phoenix area, but usually not much over 100°F, if that’s any consolation. It becomes more bearable toward the end of the month with average lows also improving. Rates might be a little higher than in summer, but there are still great bargains to be found. Twilight play, usually after 2 p.m., is not as oppressive from a weather perspective. Be aware, however, that sunsets are earlier and you might not finish your round, especially if there are slow players ahead of you. There are no refunds for unfinished rounds.

In the fall, golf courses will go through an overseeding schedule. We have both summer and winter grass in the desert. In the summer you’ll be playing on Bermuda, but when the nighttime temperatures get down to the 60s, usually in October, golf courses will start dethatching (scalping) the course to plant and fertilize winter rye grass. Courses close for about two weeks to complete this overseeding process, and you can also expect that after the golf course opens again you will be restricted to cart-path-only golf while the new grass is strengthening. If walking is difficult for you, or if you are short on patience for those in front of you who don’t carry the necessary clubs to their ball on the other side of the fairway, you might avoid golf during the period of cart-path-only play!

Starting in November, you’ll notice rates going up. The courses will be busier as the winter visitors return to Phoenix and Scottsdale from lands north. Restaurants become crowded again and traffic gets worse. December through March is peak season in the Scottsdale and Phoenix area for resort stays and golf. The good news is that the golf courses are in beautiful condition and the weather is usually excellent. The rough may or may not be green, depending on whether or not the golf course seeds winter rye in the rough. This is the season for outdoor activities, concerts and festivals, so when you aren’t playing golf (what? why aren’t you playing golf?) there are many other options for outings and entertainment.

Expect to pay premium prices at golf courses during the winter. Beware of early tee times; Central Arizona does experience cold temperatures at night such that there may be frost in the morning. Golf courses will issue frost delays to minimize damage to the grass. If the delay is long, you might lose your tee time altogether so that the entire day’s schedule isn’t delayed. As one might expect, sunset is earlier in the winter, so schedule your tee time to ensure that you’ll be able to finish your round before darkness descends.

During this period take a break from golf to go see how the pros do it. Every year in late January /early February the best attended PGA golf tournament takes place at TPC Scottsdale. It’s the Waste Management Phoenix Open and tickets never sell out. TPC Scottsdale is a public course, so you can play the Stadium Course the other 51 weeks of the year. Pretend that there’s a stadium full of fans cheering you on at the par-3 16th hole!

In March and April course conditions are outstanding, but you might find more people fighting over the most desirable tee times as tourists attending Spring Training baseball games and spring breakers journey to the Valley. This is transitional time for golf rates as summer approaches.

In late spring/early summer golf course maintenance crews will go through an aerification process to loosen the soil and maintain healthy grass roots, making it a bumpy ride for your ball. Local rules usually dictate that on the fairways you may move your ball, no closer to the hole, out of an aeration hole. On the greens, however, because there are no large plug holes (just small chunks of dirt strewn about) you probably will not be given such relief. Playing a friendly game with your pals? Decide as a group how to proceed. 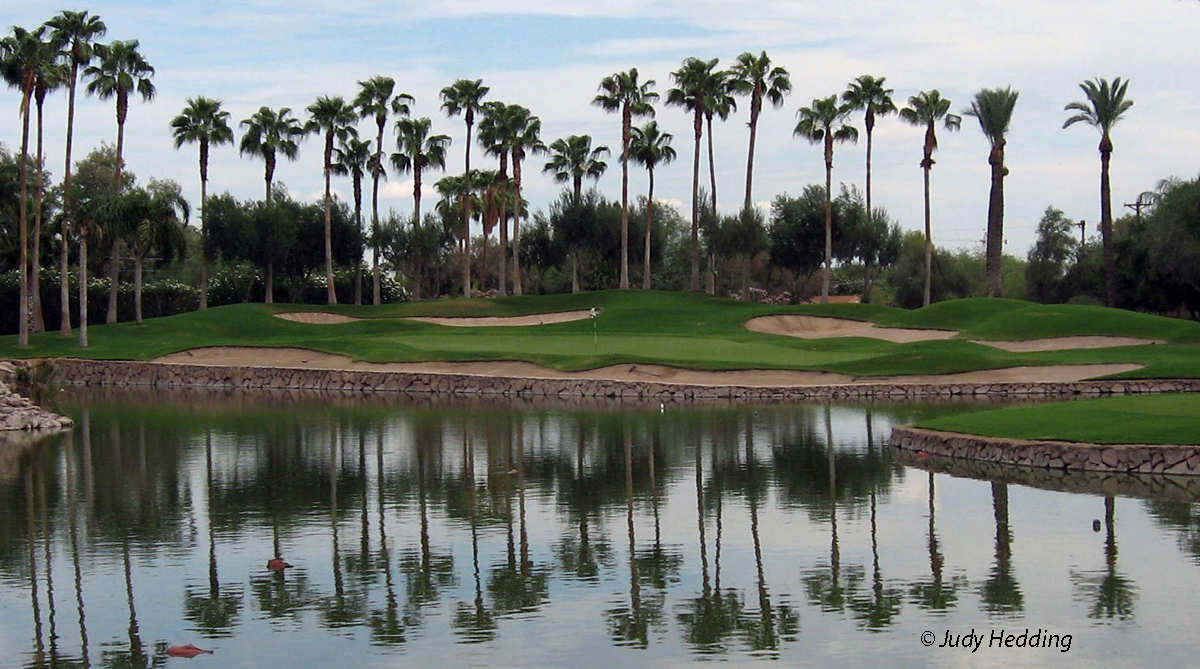 Southern Arizona, which includes Tucson, closely approximates these golf seasons, though the temperatures may be slightly cooler. When planning golf outings in regions north of the Phoenix area, like Sedona or Flagstaff, you’ll find higher elevations and very different seasonal considerations than in the lower desert.

When in Doubt, Call

It is wise to call the pro shop if you have any questions about the condition of the course. Is it muddy? Is it bumpy? How are the greens? Are there renovations taking place? Is it cart-path-only? Is there a frost delay? Do the carts have coolers in the summer? Your Arizona golf experience will be a positive one if there are no surprises when you arrive at the pro shop.

Golf is deceptively simple and endlessly complicated; it satisfies the soul and frustrates the intellect. It is at the same time rewarding and maddening – and it is without a doubt the greatest game mankind has ever invented. – Arnold Palmer, American professional golfer

About the Author: Judy Hedding

Greater Phoenix has been my home for 40 years. I have written thousands of articles about living, working and playing in Central Arizona, providing guidance to singles, families and seniors who are considering relocating to the area, along with recommendations and tips for visitors and locals.