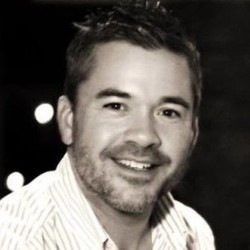 I’ve driven the stretch between Cave Creek and Wickenburg on Arizona State Route 74 many times before. I never made the connection. A disc jockey on a Phoenix radio station provided the clue that allowed me to connect the dots.

Canadian folk songwriter Gordon Lightfoot’s 1974 chart-topper Carefree Highway was a metaphor for a nostalgic state of mind. It is also an intentional reference to Arizona State Route 74.

Lightfoot was traveling between Southwest concert tour stops in the early 1970s, and jotted the name of the Carefree Highway down on a piece of paper after reading it on a roadway sign. Interstate 17 had just been completed around that time between Phoenix and Camp Verde.

According to Lightfoot’s April 1975 interview with Crawdaddy magazine, he kept the piece of paper with the song’s lyrics for a long time before turning it into a tune. “I thought it would make a good title for a song,” recalled Lightfoot. “I wrote it down, put it in my suitcase and it stayed there for eight months.” 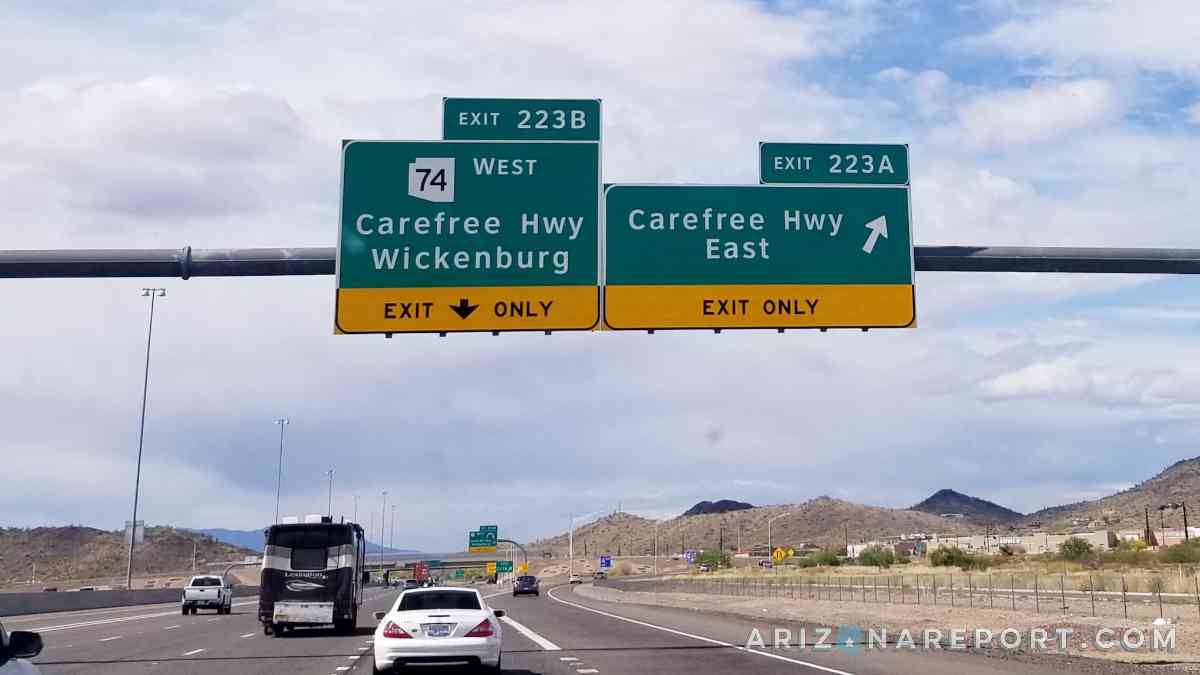 Canadian folk rock singer-songwriter Gordon Lightfoot named his 1974 hit “Carefree Highway” after a stretch of road just north of Phoenix, Arizona. This sign is located on the northbound I-17 exit to the Carefree Highway.

The Carefree Highway is an east-west segment of State Route 74 in Maricopa County that connects I-17 to Tom Darlington Drive near the town of Carefree. It is a straight, rolling section of quintessential southwestern US highway. Desert mountain vistas, saguaro cacti and the mesas of Tonto National Forest form its backdrop. Several communities are located on the Carefree Highway corridor including Desert Hills, Tramonto, Cave Creek, Carefree and The Boulders.

The songwriter reminisces in the lyrics about an unrequited love when he was 22 years old. In the tune, the singer symbolically escapes down the Sonoran Desert road and wonders if the woman named Ann still thinks of him.

Lightfoot confirmed the origin of the Arizona song reference before a live concert crowd in Flagstaff that I attended in March 2016.

Even though I hear this song occasionally on SiriusXM satellite radio, it still plays best in my head with intermittent AM static on the factory radio of a 1983 Oldsmobile. Here is a a stereo version. Enjoy.

If You Could Read My Mind was written during the collapse of my marriage. It’s a great song. No one has any gripes about it. I wondered what my wife and daughter might think. My daughter is the one who got me to correct ‘The feelings that you lacked’ to ‘The feelings that we lacked. – Gordon Lightfoot, Canadian country and folk singer-songwriter