Share173
Tweet2
Pin3
Share
Email
178 Shares
Ken Lynch
Lifestyle Contributor at The Arizona Report™
Award-winning writer/producer and prior correspondent for Phoenix news outlets including KTAR, KFYI, KAET and KPHO, Ken is a former Public Information Officer for the City of Phoenix and Communications Director for the City of Surprise. He writes day and night from his Scottsdale home.
Latest posts by Ken Lynch (see all)

Note: This is part 3 of a three-part series introducing Arizona’s most famous legend, the Lost Dutchman Mine. Part 1: In 1891, dying Dutchman Jacob Waltz reveals to his caretaker the location of a mine in the Superstitions that had once belonged to the Peralta mining family of Mexico, but Julia Thomas’ subsequent search ends in personal disaster. Part 2: In 1931, 66-year-old Adolph Ruth of Washington DC arrives in AZ, claiming to have Peralta maps from his son, who received them from a Mexican diplomat and Peralta relative whose life the younger Ruth had saved during the Mexican Revolution. Ruth’s skull is found 6 months later, shot through. His maps are never found. No one is ever charged in connection with his death.

Glenn Magill vs. The Dutchman

For 35 years after Brownie Holmes’ dog found Adolph Ruth’s skull on Black Top Mesa, the Dutchman attracted searchers from everywhere – and death in the Superstitions rose accordingly. A New Jersey man was killed in a fall; a local miner was mysteriously shot to death; a retired photographer’s headless skeleton was discovered; the body of a doctor from Oregon was found, shot; two miners from Hawaii turned on each other, one was shot and killed. A woman’s skeleton was discovered in a cave. The depressing list goes on. 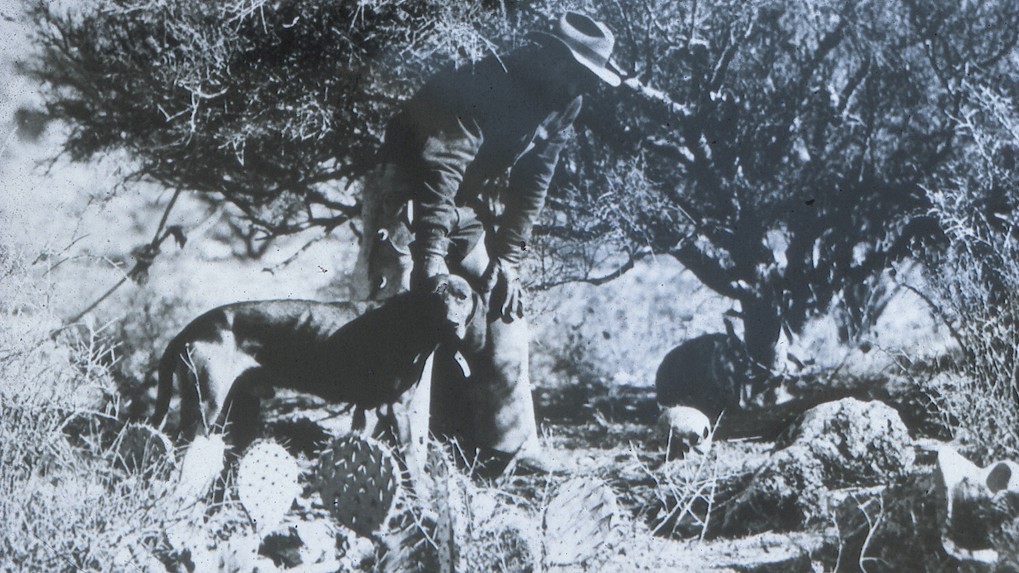 Adolph Ruth’s skull with a hole is found by George “Brownie” Holmes and his dog in the Superstition Mountains near Phoenix. Ruth was in pursuit of the Lost Dutchman gold mine.

But the 1960’s brought a different kind of spotlight to the craggy, ancient palisades – the best-documented and most tantalizing search for the mine yet, led by Oklahoma City private detective Glenn Magill.

Magill was a respected man; President of the Oklahoma Association of Private Detectives, a WW2 and Korean War veteran, a candidate for the legislature and the Oklahoma City City Council. He got caught up in the Dutchman lore through his work, at first trying to disprove Waltz had ever existed. On discovering the facts, he was hooked.

A true gumshoe, Magill spent hundreds of (pre-internet) hours in libraries and archives poring over microfiche; banging out letters on his typewriter to the Census Bureau, the Mint, the Immigration Service and county clerks; running up long-distance phone bills talking with law enforcement and ranchers in Apache Junction and Florence; and scouring records to prove (or disprove) stories he was accumulating about the Dutchman. He even drove to tiny, remote Arizpe, Sonora in an attempt to track down any surviving Peraltas (he was successful, though he did not learn anything of value).

But once Magill had the story of the Peralta maps, he did what no one else had thought to do: try to find Dr. Erwin Ruth and, if he was still alive, gently inquire about the maps he’d given his father. Magill sensed that a collector like Adolph Ruth would have carried copies into the mountains, not originals.

Magill found Dr. Ruth, who eventually sent him tracings Adolph Ruth made of his maps – his father had indeed taken the originals with him. By this time Magill was among the most obsessed of the Dutchman hunters. He was making expensive treks into the Superstitions to compare the maps to what he could see for himself in Needle Canyon, La Barge Canyon, Bluff Springs Mountain and other key landmarks. He found what he believed was Cañon Fresco, a hidden green canyon atop Bluff Springs Mountain where the Peraltas were said to have hobbled their animals – and discovered mule shoes and other evidence he thought confirmed this.

Magill even hired a helicopter so that he could take hundreds of photographs from above to compare with the maps and discern clues not visible from the ground. It was from an aerial photo that he first spotted Cañon Fresco.

In the end, after being shot at, dynamited, scorned and followed, on May 6, 1966, Magill and his small team filed a claim with the Pinal County Recorder’s Office, officially announcing that they had found the Lost Dutchman mine, “right where he said it would be,” according to Magill.

The mine was a chimney shaft, he said, shaped like an upside-down funnel, and was so remote and steep only a few people could work it at a time. Laboriously, Magill’s team uncovered more and more tantalizing clues in the shaft, such as hewn timbers the Dutchman said the Peraltas had left there, and evidence the mine had been filled in, which the Peraltas, Dutchman, and Apaches all said was the case.

But there was no gold.

Magill’s failures were all the more painful for happening in the media. He was often in the local news, and reporter George Scott of KCUB radio in Tucson even produced an hour-long audio documentary that included a visit to the site.

Those who believed Magill had found the Dutchman felt a creeping fear no one who loved the tale wanted to admit – the mine was played out. Waltz had stopped working it simply because there was no more gold to be found.

Magill, though, had a different idea that perfectly reflected the mindset of an obsessed mine hunter. He decided he was in the wrong spot.

By 1973, Magill’s Lost Dutchman Exploration Company was being sued, the state of Arizona had forbidden him to sell stock, his partners had argued, friendships had died, and Magill had not recovered an ounce of gold. His numerous treks into the fastness of the Superstitions – 1,000 miles from his home – his daring decision to risk thousands of dollars of personal money and his neglect of his family and business had brought Magill to the brink of ruin.

But that year, after reviewing the clues and re-examining the data, he was ready to go back into the mountains, certain that this time, he was on the right track. 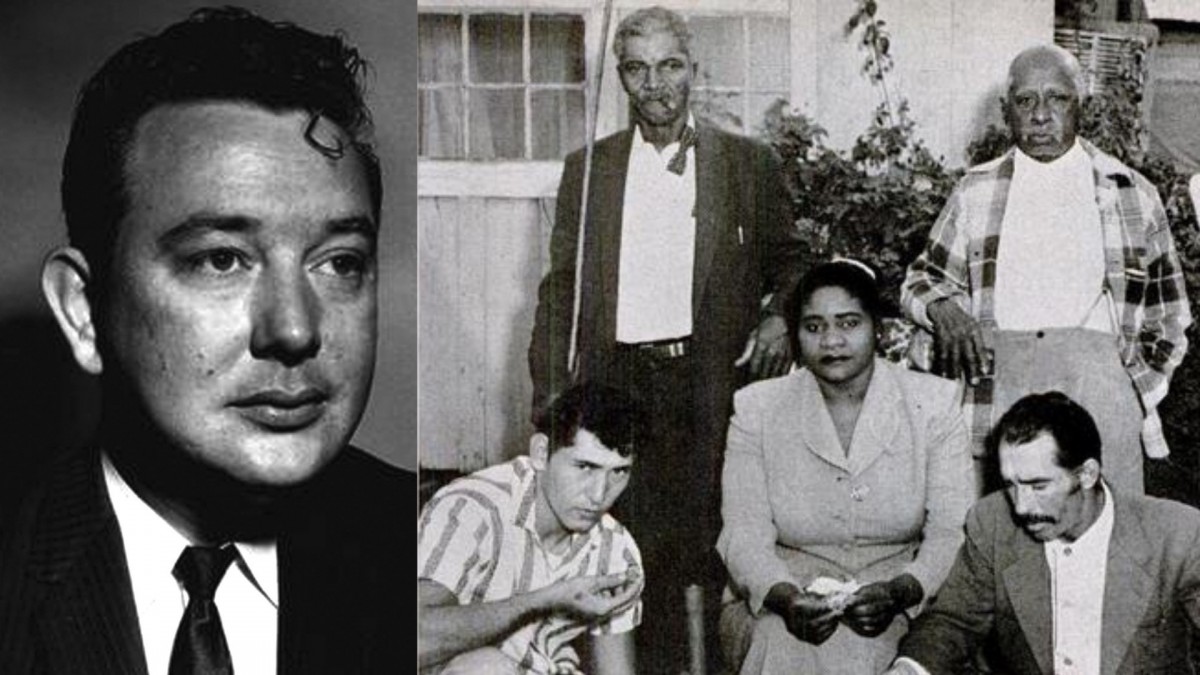 Glenn Magill (left) and opera singer Mary Celeste Jones (right) each attempted to find the Lost Dutchman gold mine in Arizona’s Superstition Mountains near Phoenix in the mid-20th century. Jones is pictured with her crew.

After 1973, it becomes harder and harder to find any mention of Magill in media records or even Dutchman lore. One thing is for sure: he never again announced the discovery of the Dutchman, and he never recovered any gold.

In a letter to Superstitions chronicler Tom Kollenborn in 1989, Magill enthusiastically commended Kollenborn’s writings, and referenced injuries that he said left him bedridden. He died in Oklahoma City in 1993 at 65.

Julia Thomas, Adolph Ruth, and Glenn Magill offer just a hint of the vast literature and outsized personalities that populate the Dutchman lore. Here are a few more:

None of these masks the fact that the Superstitions are serious business and no place for the unprepared. The number of unidentified remains found there are too numerous to recount here. The bodies of four Dutchman seekers have been found in just the past 8 years.

The Lost Dutchman is a unique story with new chapters added regularly; practically every year someone says they have found it, this time for sure. Sadly, the latest updates are almost always about death and loss.

So, by all means, consider making a hike along many of the excellent trails in the Superstition Wilderness, a stunningly beautiful place. But consider Dutch Jacob and his lost mine a story “for entertainment purposes only.” Let’s enjoy the romance and history of our amazing state with a dash of caution and a deep respect for our wilderness.

You will never be happy if you continue to search for what happiness consists of. You will never live if you are looking for the meaning of life. – Albert Camus, French philospoher, author and journalist