The population of the Phoenix metro is predicted to grow by 600,000 new residents by the year 2026. Eight short years. That’s in addition to the 4.9 million residents already here in Maricopa County.

Developers and home builders in the Valley, still on a back footing from the recession years, face many headwinds to meet the influx. Shortages of construction labor, rising land costs and tariffs on foreign building products are just a few of the challenges.

Despite these obstacles, greater Phoenix already has a footprint on a list of Top 50 U.S. Master-Planned Communities (MPCs). As 2017 wrapped, there were 4 projects in Arizona in the top 30. The U.S. Southwest is also making a comeback among national master-planned projects on the list.

Earlier this year, John Burns Real Estate Consulting, LLC published these rankings for residential master-planned communities across all states. The firm has amassed data for this list of best-selling MPCs each year since 2010. John Burns is an Irvine, California-based independent research firm that analyzes and prepares national housing forecasts. It consults with builders as well as institutional investors.

Position in the Top 50 MPC ranking is determined by net sales of housing units.

What constitutes a masterplan? John Burns defines it as a development with multiple home builders and shared amenities with common infrastructure and branding. Here are the 4 residential master-planned communities in the Phoenix metro that made the list:

This Mesa community opened its doors to home buyers in June 2013. A new Apple Data Center on the northeast corner of the development means that IT jobs will be a big draw for this once-distant corner of the Valley. Over 4,000 homes have been built so far, but this DMB Associates development is less than half complete. Once finished, there will be 15,000 homes.

Peoria in the Northwest Valley is home to this development that opened in February 2004. It was named the #1 masterplanned community and “Best Product Design” by the National Association of Home Builders (NAHB) in that same year. Vistancia’s 7,100 acres feature the 3.5-mile Discovery Trail, two golf courses, generous retail options and an resort-style age-restricted 55+ community named Trilogy at Vistancia.

DMB Associates developed this rugged and elevated 5,000-acre parcel in the White Tank Mountains due west of Phoenix. For over 50 years, the rocky landscape was a heavy equipment proving ground for Caterpillar Inc. Verrado opened shortly before the real estate recession and building slowed after the 2007 real estate collapse. Now, a downtown village, tree-lined streets and growing retail options have made this a desirable location to build in the West Valley. Like Vistancia, a portion of this development in Buckeye is an exclusive enclave for home buyers 55 and older. The age-restricted community is called Victory at Verrado. Sweeping views of the Phoenix Valley from this mountainside community make it a magnificent location for building a home. The photo below was taken looking west over the pools at Victory at Verrado. 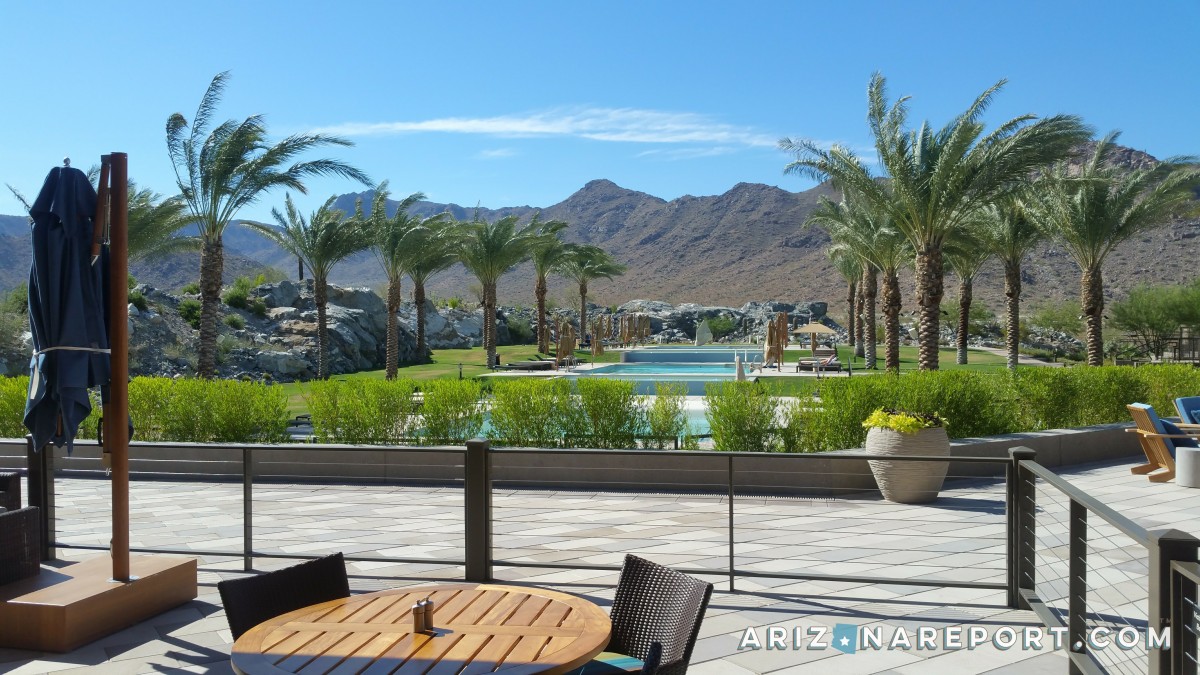 View to the west from Victory at Verrado in Buckeye, Arizona. Tiered swimming pools in the distance are exclusively for residents of this age-restricted 55+ community. White Tank Mountains in the distance.

The Southwest is moving again

Master-planned developments in the U.S. Southwest made inroads on the 2017 John Burns Top 50 MPC list. In 2016, MPCs in the region represented only 24% of the communities in the Top 50. Twelve months later, MPCs in the Southwest comprised 28% of all projects on the list. Other states like California and Nevada gained individual ground in the rankings as well.

The 28,329 homes built within the developments of the Top 50 MPC rankings represented approximately 4.5% of all new home sales in the U.S. for 2017.

I am a home builder. I have to be an optimist. – Carlos Beruff, American real estate developer and founder of Medallion Homes, a Bradenton, Florida home builder